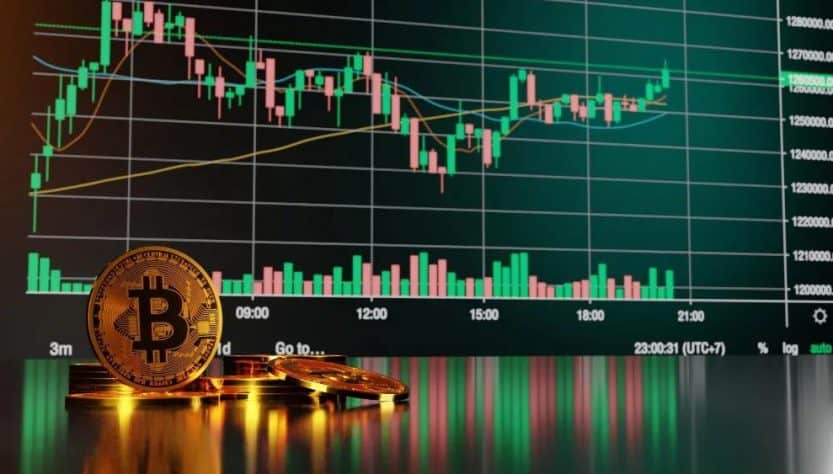 Nowadays, you’ll hear about cryptocurrencies everywhere and the trend is becoming more popular day by day. As time goes on, people are investing in cryptocurrencies rather than paper currency or digital currency. 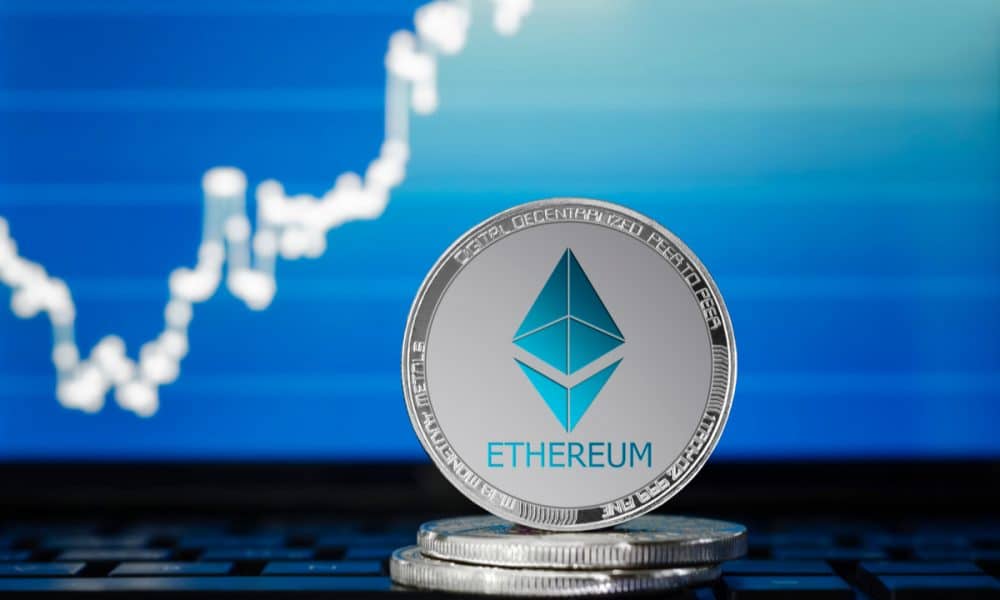 Ethereum is a decentralized platform that runs smart contracts. It gives developers the power to build unique, custom tokens directly on top of its blockchain technology, making it easier to create new currencies.

After Bitcoin, this is the most popular cryptocurrency according to market capitalization. If you are looking for a stable long term investment then Ethereum will be the right choice for you.

Why do I think ETH is a good coin?

The Ethereum blockchain is very versatile and allows for the development of decentralized applications. This could lead to increased adoption which would in turn drive up the price. 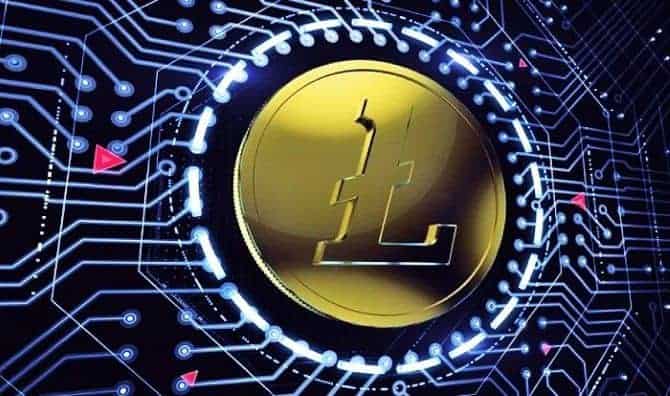 Litecoin is a peer-to-peer cryptocurrency that was released under the MIT/X11 license which gives you the power to run, modify, and copy the software and to distribute, at your option, modified copies of the software.

It uses an open-source cryptographic protocol that is not managed by any central authority.

Why do I think LTC is a good coin?

I believe that Litecoin is a great investment because it has a very low price and fast block time. These two features make it a very desirable cryptocurrency to own. It also has a very active development team which means that you can expect more features to be added in the future. 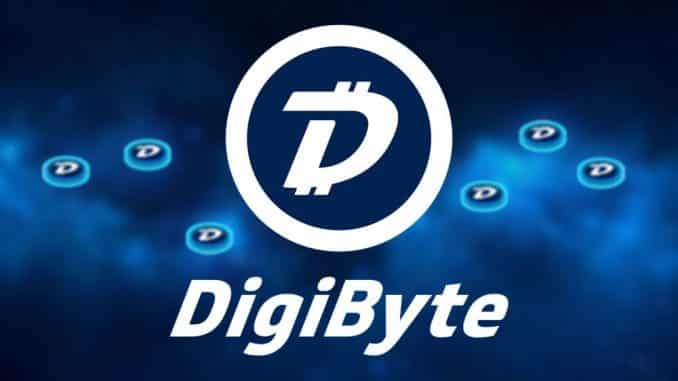 Launched in 2014, it was built on top of its own blockchain which has a 15 second block time and allows for fast transaction confirmations.

The official currency symbol is DGB while the ticker used across exchanges is DOGE. It announced that there will be only 21 billion coins mined in the coming years.

Why do I think DGB is a good coin?

DigiByte has a block time of 15 seconds as opposed to bitcoins 10 minute block time.

Transactions are fully confirmed after 1.5 minutes. Much more useful for real life purposes like buying something in a shop.

For me the most important thing is that Digibyte is secure since it uses 5 secure and advanced algorithms which avoids centralization of mining as well. 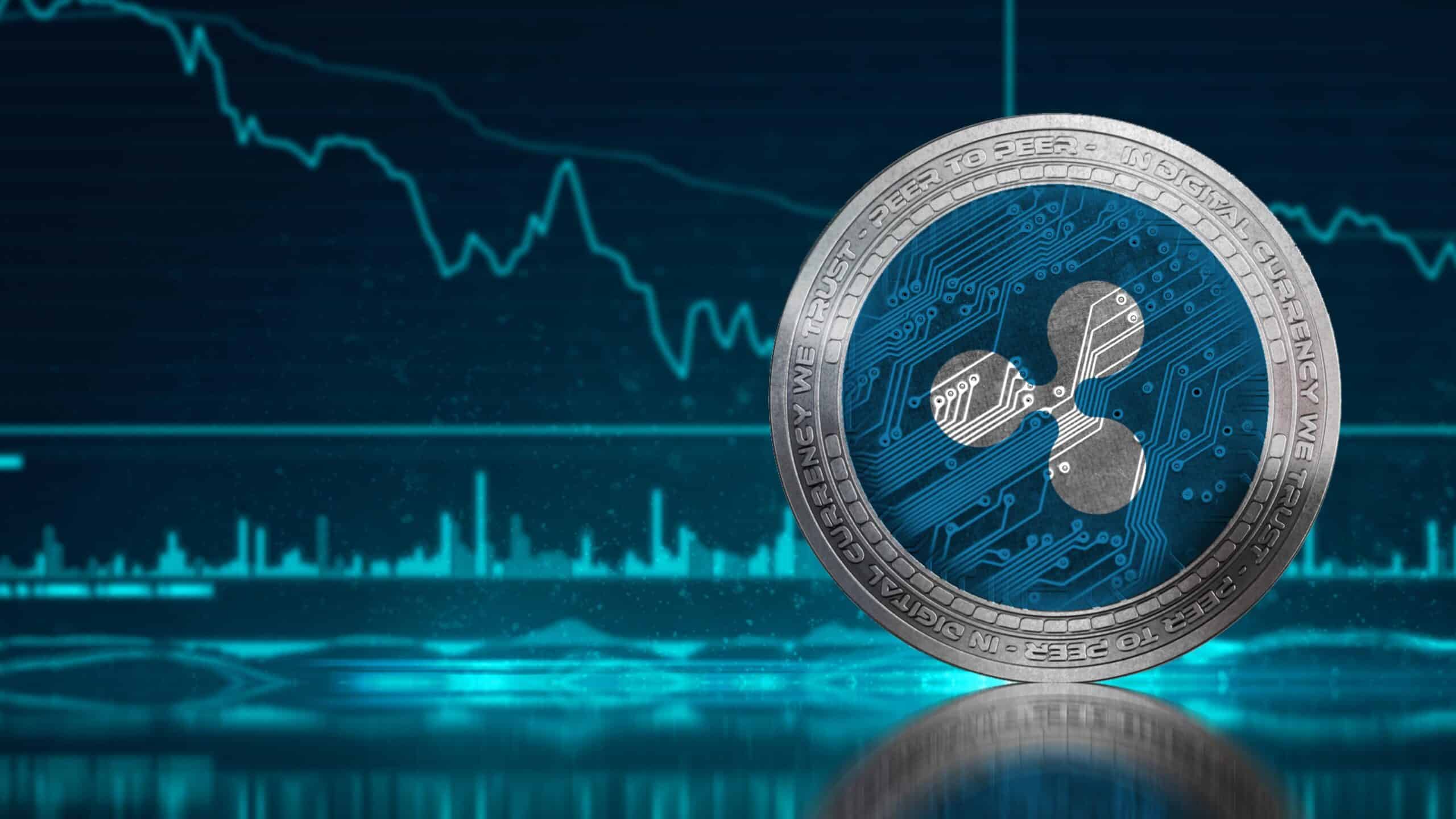 Ripple is different from other cryptocurrencies because it acts as a payment system, currency exchange, and also real-time gross settlement system. It was released in 2012 by Chris Larsen’s company OpenCoin.

The ledger employs the use of validator servers which are being run by different industry-leading organizations to minimize any chance of errors.

Why do I think XRP is a good coin?

Ripple is one of the most successful cryptos when it comes to partnerships with large banks and other financial institutions. It currently has over 100 partners including American Express, Banco Santander, and SBI Holdings. 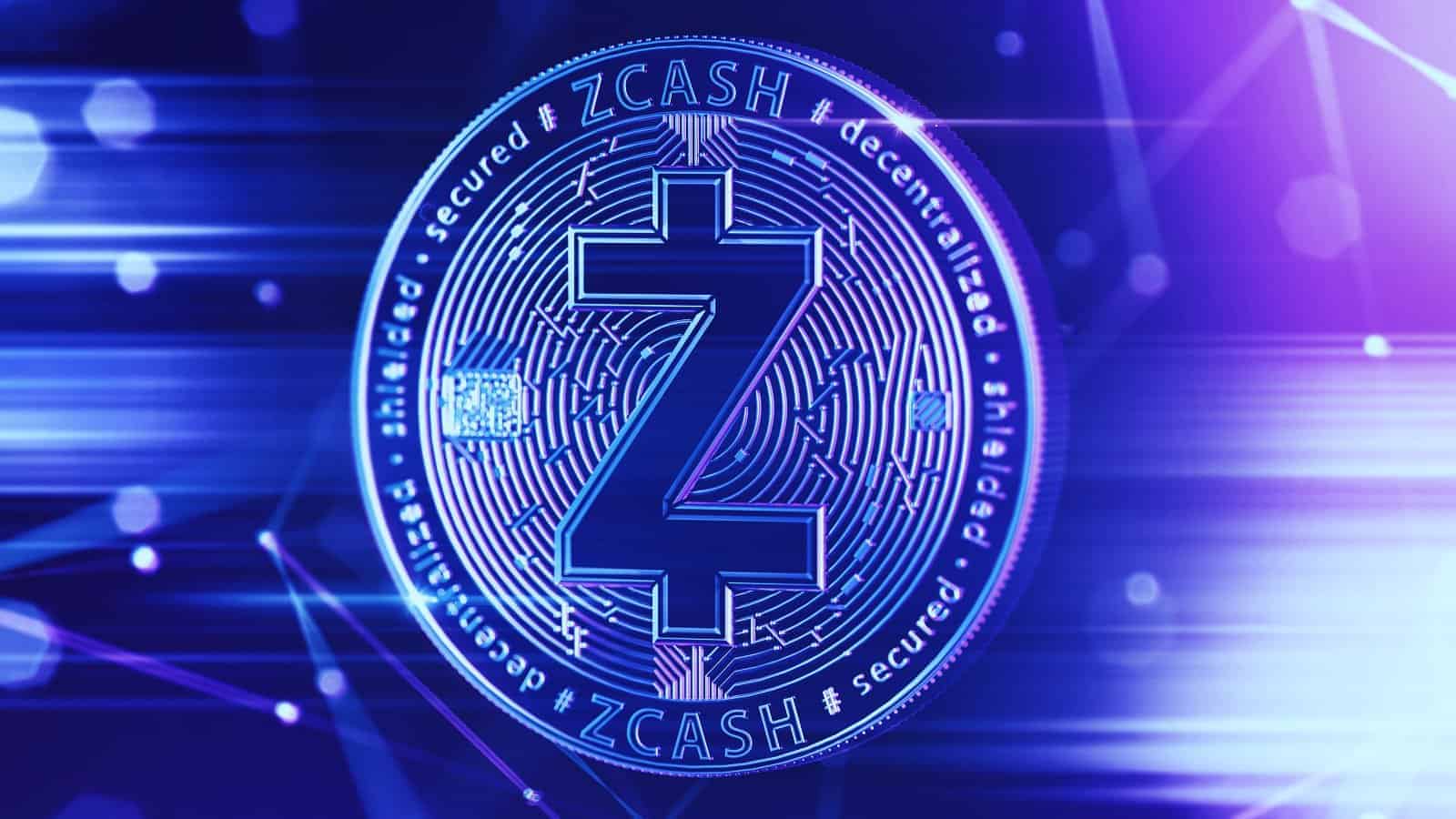 Zcash was launched in 2016 with the aim to address privacy issues that were missing in Bitcoin.

It is an open-source decentralized cryptocurrency that offers extra security or privacy where all transactions are recorded and published on blockchain but details such as sender, recipient, and amount remain private.

Why do I think Zcash is a good coin?

Zcash is all about privacy. The network introduces Zero-knowledge proofs to encrypt all the information. This approach is a first in the market and has helped Zcash remain a top cryptocurrency since its inception. 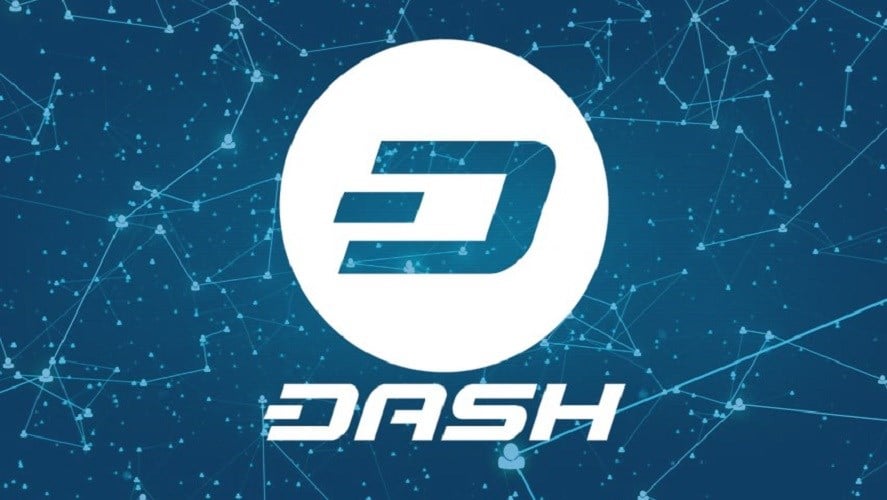 This cryptocurrency was launched in 2014 as “XCoin”, later rebranded to Darkcoin.

In March 2015, it adopted the name Dash which stands for Digital Cash, and operates on a self-funded, self-governed model that allows anyone to participate in the network.

Why do I think DASH is a good coin?

I think DASH is a solid long-term investment because it has partnered with Doordash and its growing community. It’s also very likely that they will be adding more features in the future, which could increase the value of this cryptocurrency even further.

This cryptocurrency is based on Blockchain technology and lets businesses develop their own custom private or public side chains for their business needs.

Why do I think Stratis is a good coin?

Stratis is an impressive blockchain-as-a-service platform and cryptocurrency designed to help redefine the crypto niche. The unique project structure has made it a preference for major companies such as Microsoft and Earth Twine that want to take advantage of the unfolding blockchain space.

It is a secure, untraceable currency system that is open-source and accessible to all.

The price of this cryptocurrency increased manifold during 2017 due to the demand in the Asian and European markets.

Why do I think Monero is a good coin?

I believe that Monero is a great investment because of its focus on privacy. This makes it a very desirable cryptocurrency for people who are looking for a way to keep their transactions private. It also has a very active development team which means that you can expect more features to be added in the future. 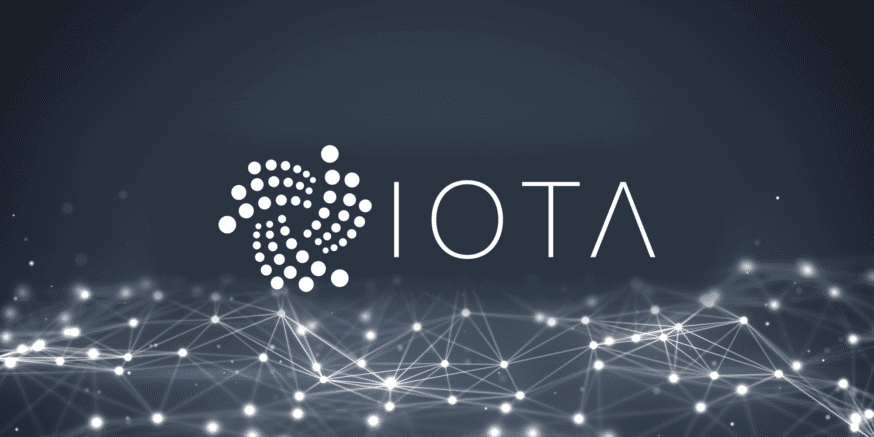 It is a public distributed ledger that stores transactions in the form of a data structure which is called Tangle and has its own cryptocurrency called iota with the symbol MIOTA.

It is scalable and lightweight and offers feeless microtransactions without any miner’s fee. The Tangle ledger is able to settle transactions with zero fees so devices connected to this network can trade exact amounts of resources on-demand, as well as store data from sensors and data loggers securely and verified on the ledger.

Why do I think Iota is a good coin?

IoT technology has a good future. So far, statistics show that this industry is growing rapidly, and soon, most households around the world will have one or two smart devices.

When this happens, IOTA will be the leader to make these devices more efficient by enabling fluid communication and data sharing. As a result, most smart devices will be using IOTA’s technology. And as is the case in the crypto market, more use cases will most likely translate to more profits for investors. 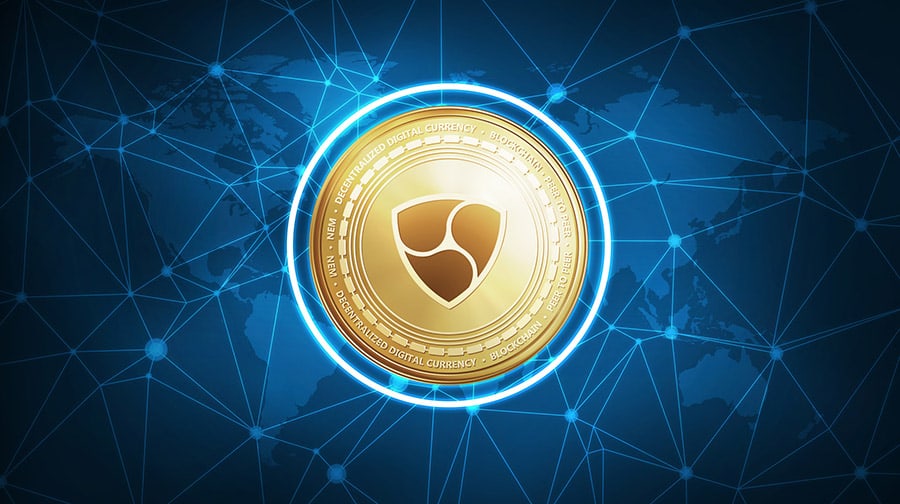 NEM (New Economy Movement) was launched in 2015 for building a new economy based on blockchain technology where businesses could use it to manage their assets. It is written in Java and JavaScript.

Why do I think NEM is a good coin?

Flexibility! NEM offers a seamless ability to interface between public and private blockchains. It enables easy transfer of just about any digital asset—like tokens, contracts, or files—from a privately held internal enterprise network, routed via a public blockchain, and finally to another business’s private network. For example, today, a user cannot move money directly from his/her PayPal account to a Venmo account. NEM private to public blockchain interfacing will make such transfers possible, provided all involved parties agree. 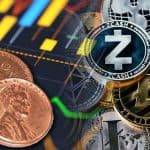 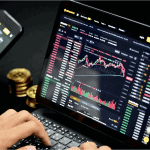 Is Cryptocurrency a Good Investment? 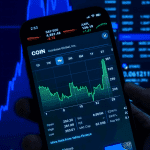 5 Simple Rules for Investing in Cryptocurrency 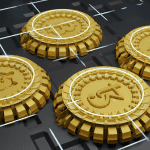 3 Important Things to Know About DeFi